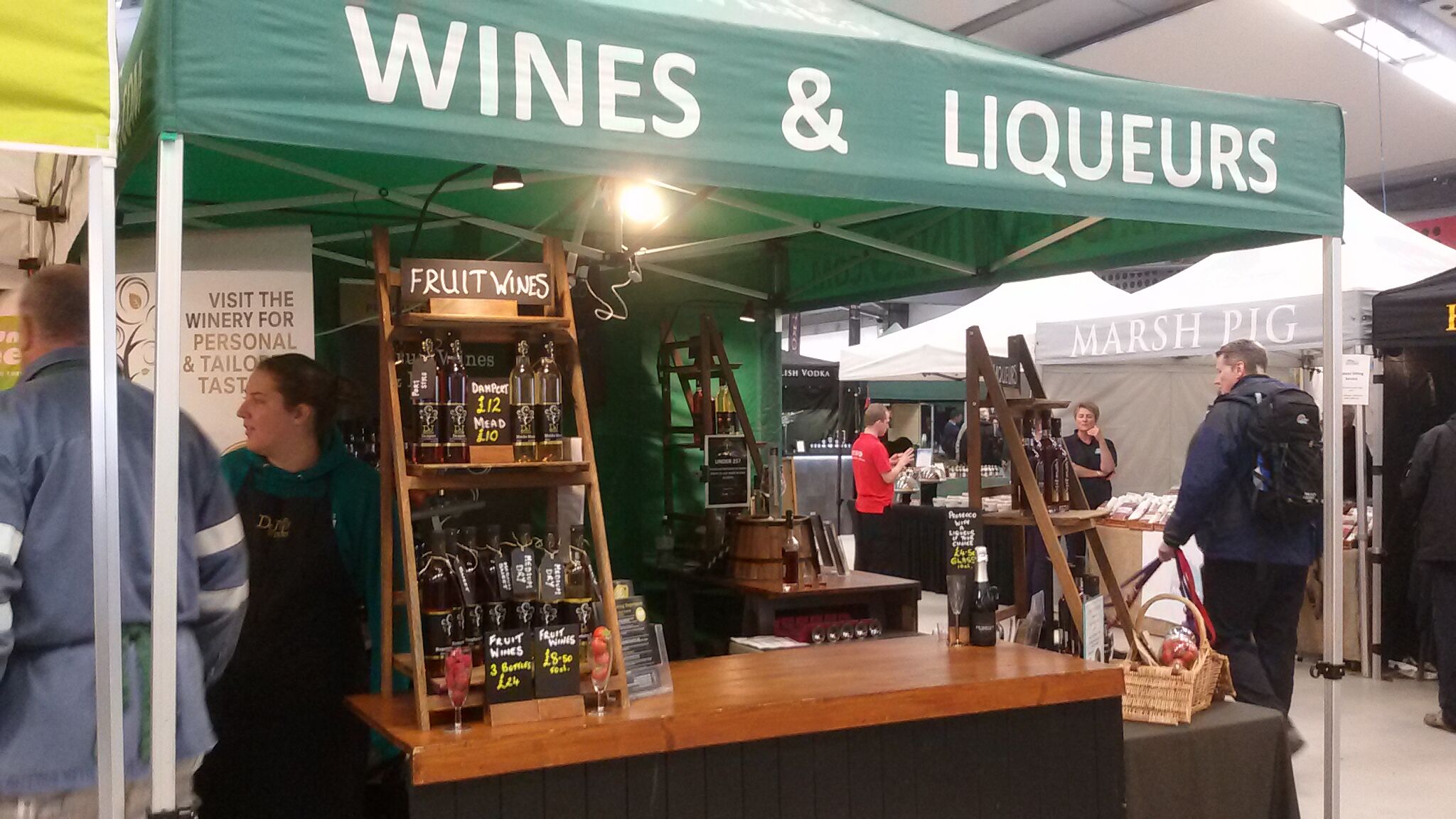 We’ve had our first Farmers Market this year at Snape Maltings on Easter Saturday – it was great to be back talking to customers! It doesn’t look like we will be having the other events in May though - most have now been cancelled (that’s five agricultural shows and six food festivals). Usually from Easter until late September I would be out every weekend doing an event, sometimes two events a weekend, as my wife Carol or my brother Neil would be doing one as well. November and December would be the same. The most number of shows we’ve done in one year is 39 (that’s 79 show days!), so it’s a huge change this year and a big challenge for us as a business.

We’ve finished tying down the vines, so it’s a bit quieter at the moment, apart from practicing for my PA3 sprayer exam.

I’ve ventured into the world of Insta Lives, however! On 8th April, I teamed up with Sophia from Skin + Pulp, to taste through a selection of our fruit wines and one of our vin de liqueurs. On 15th April, we shall be tasting our Mead and comparing it to the last batch to see how it has evolved.

I’m surprised by the new batch, in a good way, as it’s very different from the previous. It has been some time since I tasted the last one and it has changed considerably in the bottle over the past year. We’ve started selling the new batch now, as (apart from a few spare tasting bottles) we are out of the old one, and I’m looking forward to sharing the story of our Mead, which is made with rare heather honey.